Quoakle > About Us > The Team

Sean Cresswell – Has been working for Quoakle since April 2009′ after having lived in Finland for 4 years. He originates from England, but grew up in Canada and is half Irish, so he tends to sound confused at times. He enjoys travelling, football and adores licorice ice cream! He has also worked in various fields of business; from Insurance Companies, to Care homes. He’s even done cold calling and door-2-door sales! This is something that he has found himself doing throughout his working career and still enjoys to this day.

Stephen Holdstock – starting working alongside Quoakle in mid 2011′, stepping in as a contracted Graphic Designer. Born and raised in England, Stephen now lives in Sussex with his wife Becky and his giant (but soppy as soup) dog, Domino. Stephen runs a Graphic and Media business called Media Sussex, but loves to work on projects for Quoakle regularly. Stephen collects Lego Mini-figures in his spare time and drives a bright red car.

Tim Davis – Has been working with the Quoakle team since 2015. He started working for Quoakle at the young age of 17. Since starting at the company he has improved his Website Design and Development skills massively, learning new codes even now! Since starting for the company he has setup his own Web Design company, TCD Web Design. Tim has a love for all sports and is a huge football fan and supports the mighty Manchester United! 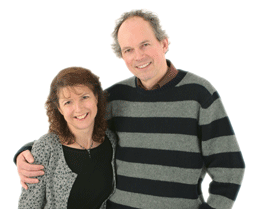 Nigel and Helen Steele – are the Directors of Quoakle. They are both experienced teachers and have taught in a number of schools in Wiltshire and Gloucestershire. You could say running a business came as a bit of a surprise in 2006 when Nigel was inspired with the ideas for the first graphical directory. Helen’s gifts are more on the creative rather than the technical side of things. As a Cheshire lad and lover of the beautiful game, Nigel is proud to support Crewe Alexandra.